Hanyangdoseong is the house and was built over 600 years ago and protected Seoul, the capital of Korea.
There is an old house LEEJAE that has been with Hanyang (the old name of Seoul) City Wall, which has Korean history.

This house was carefully repaired and rebuilt over a long period of time. We remodeled these Korean traditional wooden houses conveniently.
Seoul has grown bigger and bigger and this place is still the center of Seoul.

This is LEEJAE where you can spend the first and last days of your trip to Seoul together. 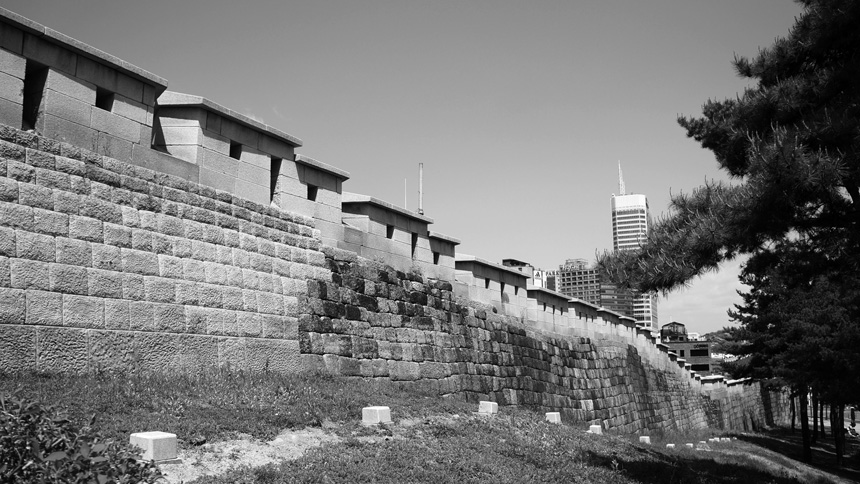 The name of LEEJAE (리재, 利齋) means that this house can be beneficial to people.
The form of the logo means a house with the city wall.

The center of Seoul.

It is ln the center of Seoul. So, it's easy to approach anywhere in Seoul.
It is just 3 minutes from Subway (Dongdaemun History & Culture Park Station EXIT3) or Airport Bus stop by walk!
This place is one of the best shopping areas in Seoul. It is Walking distance to all the major touristic destinations, Traditional Market, DDP (Dongdaemun Design Plaza), shopping malls and DFS.

The guesthouse is located in front of Gwanghuimun Gate and Hanyangdoseong (Seoul old city wall).
This house is exposed by beautiful cultural heritage of Seoul. The view in front of the house is fantastic. You'll fall in love if you see it.
You'll feel good if you take a walk along the road in front of my house.

And guesthouse is close to Dongdaemun and Namsan Mountain.
It's very safe around our guesthouse at night time.This is a cultural heritage protection zone. The cultural asset managers patrol once an hour.
Near Dongdaemun is the most famous shopping district in Korea.Also, it is convenient to walk because Namsan Mountain and Parks are nearby. 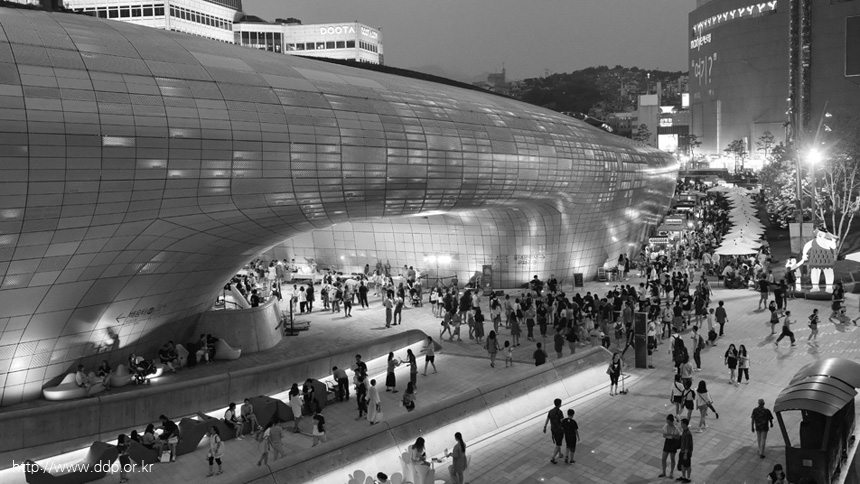 There are lots of delicious Korean local restaurants near our guesthouse. (walking distance)
we'll provide you a lot of local information.
it's Good location for Relaxing, City touring and Shopping. 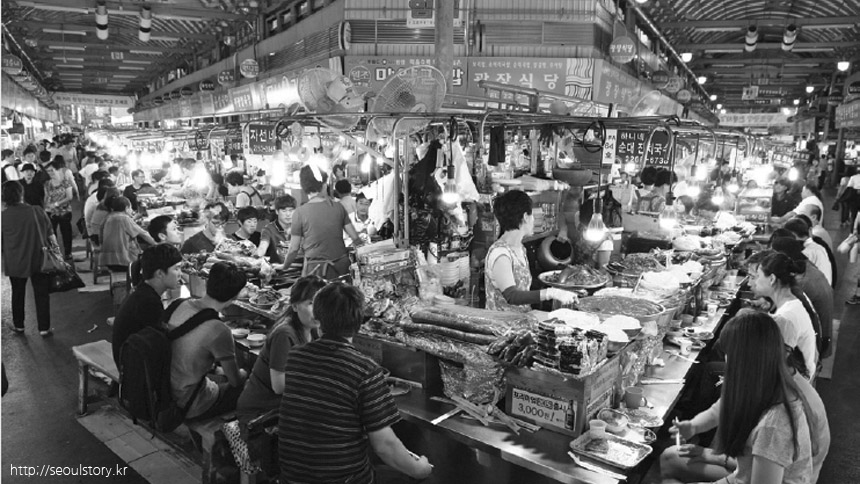 Korean history is engraved in Hanyangdoseong.
The wall preserves a succession of building technics and structure developed by the Korean people from the Three Kingdoms period onwards.
It also shows the whole process of building-technic development during Joseon.

Hanyangdoseong was originally built about 620 years ago.
The actual construction work continued for 98 days, half in the winter and half in the summer of 1394.
Some 197,400 people were mobilized for the construction of the wall, which was divided into 97 sections of around 600 feet.
The sections were named in the order of the characters in the Thousand Character Classic, a primer for teaching Sino-Korean.
Workers from same counties and prefectures were assigned to a specific section.
Originally, wall sections on flat ground were built of rammed earth, while those on mountainous terrain were built of stone.
However, in 1422, the earthen sections of the wall were replaced with stone as well.
In 1704, another massive restoration and rebuilding project was carried out, as parts of the wall had collapsed over the course of time.
And since then several restorations have been carried out, too. During the construction of the wall, records of the works were inscribed on the stone blocks of the wall.

Hanyangdoseong lost a large part of its former appearance during the country’s modernization.
In 1899, the first tram lines were built to connect Seoul with outlying communities, and the wall gates lost their original function.
Thereafter, the wall connected to the gates were demolished for the expansion of the city’s road networks from 1907.
In the Japanese colonial period, Japanese governors deliberately dismantled the wall gates or neglected to be damaged.
Donuimun and Souimun Gate were dismantled and Gwanghuimun and Hyehwamun Gate were seriously damaged.
Also the wall was damaged in that local residents built their houses too near to it. After Korean liberation from Japan,
the wall continued to be damaged in the rush of modernization.

Conservation of Hanyangdoseong began at a site around Sukjeongmun Gate,
behind Presidential residence, shortly after a unit of North Korean Special Forces infiltrated Seoul on 21 January 1968.
That project was extended to the entire wall section from 1974.
However, the authenticity of Hanyangdoseong was damaged in places as conservation and restoration works were overly focused on rejoining severed sections.
Seoul Metropolitan Government fully recognized these problems, and established the department exclusively responsible for the wall,
Hanyangdoseong Division in September 2012. And the city government drew up master plan for the conservation and management of Hanyangdoseong in accordance with the criteria for UNESCO World Heritage Sites in October 2013.

As of 2014, some 70% (12.8km) of entire Hanyangdoseong has been kept in tact, and Sukjeongmun, Gwanghuimun, and Hyehwamun went through conservation work,
although Gwanghuimun and Hyehwamun had to be put on locations near their original sites. 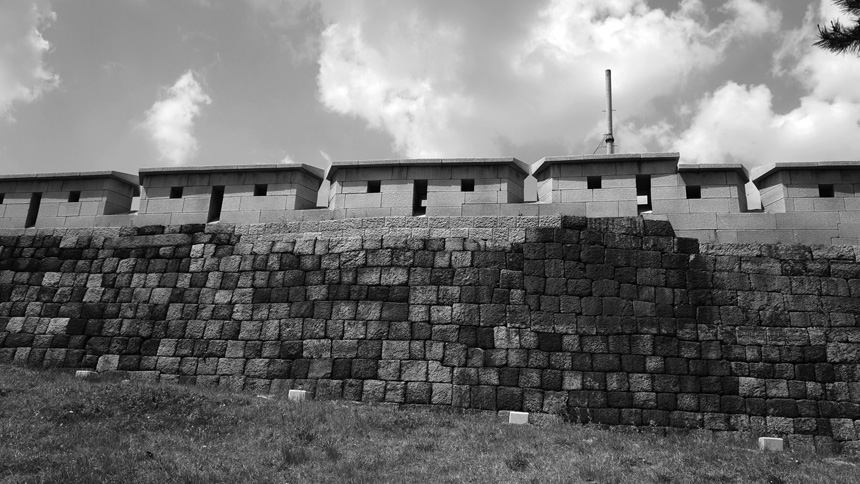